The most common type of transshipment machines in sea and river ports, shipyards and shipyards are portal cranes, with the help of which the main part of loading and unloading operations is carried out. Being an integral part of the transport and transshipment flow, they have a significant impact on the efficiency of vehicles' operation.

Currently, more than 97.2% of the fleet of seaport portal cranes have exhausted their regulatory operational resources. The service life of individual cranes reaches 40-50 years, which is several times higher than the limit operational life.

According to Gosgorpromnadzor of Ukraine, 1106 portal cranes are in operation in 13 regions of Ukraine, 974 of them are subject to replacement. It is established that the average age of cranes in the industry is 29.5 years: it exceeds the Ukrainian standard (12 years) and European standard (25 years for some German cranes).

Analysis of the results revealed that the number of portal cranes that have completed their regulatory period, in 7 regions of Ukraine has reached 100%, in Dnipr, Zaporizhzhya and Mykolayiv regions wear of gantry cranes reaches 99%, in the Donetsk, Odessa region and the Autonomous Republic of Crimea the lowest percentage of wear - 95-97%.

Such a situation with the technical condition leads to an increase in emergency crane failures, resulting in lower reliability, reduced cycle between repairs, and increased costs of maintenance and repair of crane equipment.

With the intensification of portal cranes, the probability of failures associated with the loss of static and cyclic strength of elements of mechanisms and metal structures increases. The results of the research of the main types of portal cranes show that failures of the mechanisms of change of departure and turning mechanisms make on the average 20% of the total number of failures of the crane mechanisms. This leads to large economic losses associated with the downtime of ships, wagons, vehicles.

It is noted in the paper that 37% of accidents are caused by the unsatisfactory condition of portal cranes, and 34% of accidents occur as a result of a violation of the technology of crane equipment production.

Our company has a lot of spare parts, assemblies and large-size elements in stock and its own production area with the necessary specialists to produce in the shortest possible time to provide you with everything you need for all models and years of production for portal cranes Albrecht, Kirovets, Ganz, Sokol, Condor, Albatross: 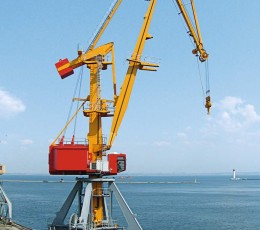 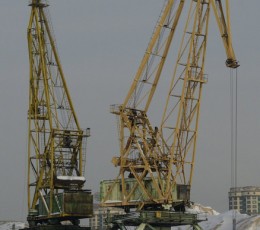 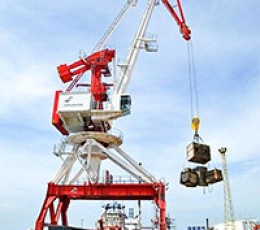 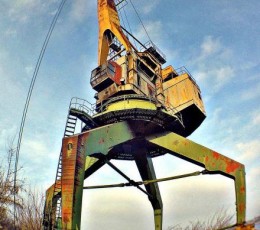 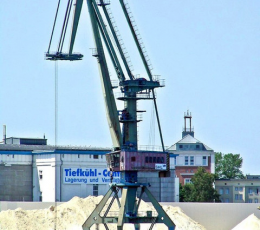 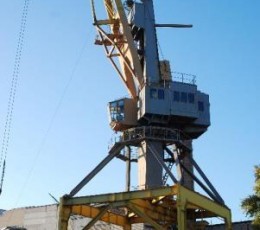