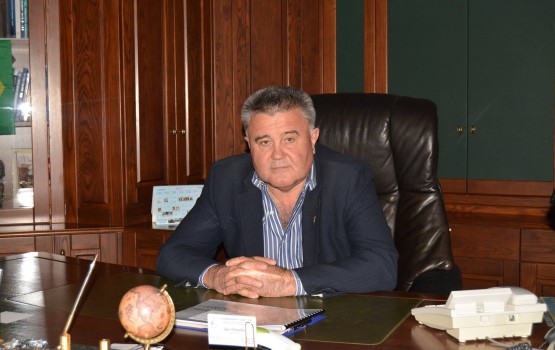 Over the last three years, our company has been confidently engaged in improving its business system, and recently we have discovered that on the one hand, we have three quarters of a century of expert experience in the installation and service of lifting and transport machines, and on the other hand, as a market-based business structure relatively young and we are still ahead of us.

However, today we can safely say that all Ukrainian companies are young, on which we all congratulate ourselves, as the entire business, which makes up the Ukrainian economy, acts as a market relatively recently, only 27 years old. At the same time, the first ten years, we can say, was the birth of the market, which was followed by a school for all Ukrainian businesses. The competitive environment turned out to be very aggressive, Western companies had a clear advantage in the market conditions, as for them it was a natural habitat for a long time.

As we all know, not all industrial enterprises were able to survive in the market economy and it was really difficult time for business, people and country. And few people know that during the perestroika period, UMM was forced to take on different jobs that were not related to installation or lifting equipment, but we stood firm and became stronger.

It is necessary to pay tribute to the leaders of the company UMM, who were able to preserve our most valuable resource, of course, it is our people, our professionals. We have also managed to preserve and even improve our technologies, equipment, machinery and production.

In particular, one of the key leaders, who love installation business with all his heart and continues the traditions of UMM, is General Director Ildar Sirazeevich Gibadullin, who will turn 60 on October 6, 2018.

As he himself puts it, UMM is a company of his life! And Ildar Sirazeevich's biography confirms this.

In 1975, after graduating from school on Sakhalin, he entered the Odessa Institute of Marine Engineers, the Faculty of Port Mechanization, the dean of which was the legendary Kurochkin Leonid Yakovlevich. On 12.09.1980 right after the institute, at the invitation of Olgerd Sergeevich Metus, the respected director of the company Yuzhmormontazh, he came as a young specialist to the position of a site foreman. As the old residents of Yuzhmormontazh say, Ildar Sirazeevich showed his engineering skills at the first sites immediately, which allowed him to get a promotion to the position of foreman on 02.01.1983, then the senior foreman and then on 08.02.1999 gets the highest position for the engineer, namely the chief engineer of the company. On his engineering career Ildar Sirazeevich was not only able to become a highly qualified engineer, he also managed to develop leadership and entrepreneurial qualities, and as a result of 11.05.2004 he was elected as a team director of the company, and on 07.09.2006 he took the position of General Director, which he is to this day. Under his leadership, the company annually receives all kinds of awards in the field of construction and industry, including himself, Ildar Sirazeevich, in 2011 received the status of Honorary Worker of Construction and Architecture.

Today, in the age of information and innovation, more than ever before, all modern companies are diligently developing, training, testing and implementing technological innovations, and it is simply impossible and unsafe not to do so in terms of business.

So the company's staff under the management of a strong leader sees UMM as an international service company ahead. And for this purpose, we work on our internal transformations, rejuvenate and train personnel, taking care of our veterans, developing new markets in the installation of technological facilities in different industries, developing our production base, expanding the fleet of vehicles, supporting social projects and increasingly entering international markets.